My Journey in Pharma Business as a Successful Entrepreneur

My Journey in Pharma Business as a Successful Entrepreneur

Ms. Priyanka C of III B Sc Microbiology, moderator of the webinar, began the session with a welcome note. She then called forth Principal Dr. Initha Lebanon Ebency to address the virtual gathering. The Principal advised the students, who gathered virtually to attend the program, to make use of the webinar as it was rare to listen firsthand to the ups and downs that a businessman would meet in the career. Followed by her address, Dr. Shymala, Assistant Professor, Department of Microbiology introduced the speaker. At this point in the webinar, the speaker began the session. The speaker, Mr. Naveed M began the session with a small virtual activity that addressed the way to simplify and solve complicated situations in both business and life. He then continued to speak on the way sometimes continuous desire for change would lead to being in the comfort zone with nil progress. In order to overcome this, one would have set priorities and proper direction for the proceedings. He continued to address the need to overcome by giving excuses when an assigned task was not completed by people. The points mentioned above would help the youngsters to lay a successful foundation in the business they would begin with, he continued. Further, he proceeded to quote some of the organizations such as Lucious, UpGrad, Urban Company, and many more, which had been started by young people in recent years. He strongly stressed on the importance of making and choosing choices in one’s career. He explained the key to success was to think like 10% of the people as the remaining 90% had always made the obvious and easier ideas and solutions. He offered the key dimensions that one must keep in mind on this critical journey. They were one, to make a unique solution, two, to make the solution accessible to laymen and three, to make it affordable. He concluded his address with this piece of information of the way Navy Seals of US would recruit people. He said the people would be selected not based on their physical strength but on how far they would stand to save the people standing next to them during the frontline duty. Thus he concluded by saying that teamwork would always have to be the most important factor in bringing any business to its victory.  During the questionnaire segment of the session, the speaker shared his views on finding the right business and time to step in. The webinar concluded with the vote of thanks rendered by Dr. Thiriyalakshmi.

The students were curious to learn the process of operating a business as a fresher. They gained knowledge on focusing on other aspects such as strengthening team spirit, apart from executing innovation in their startup. 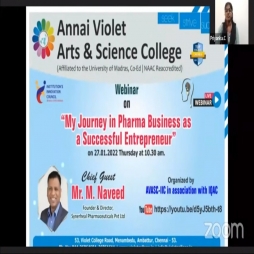 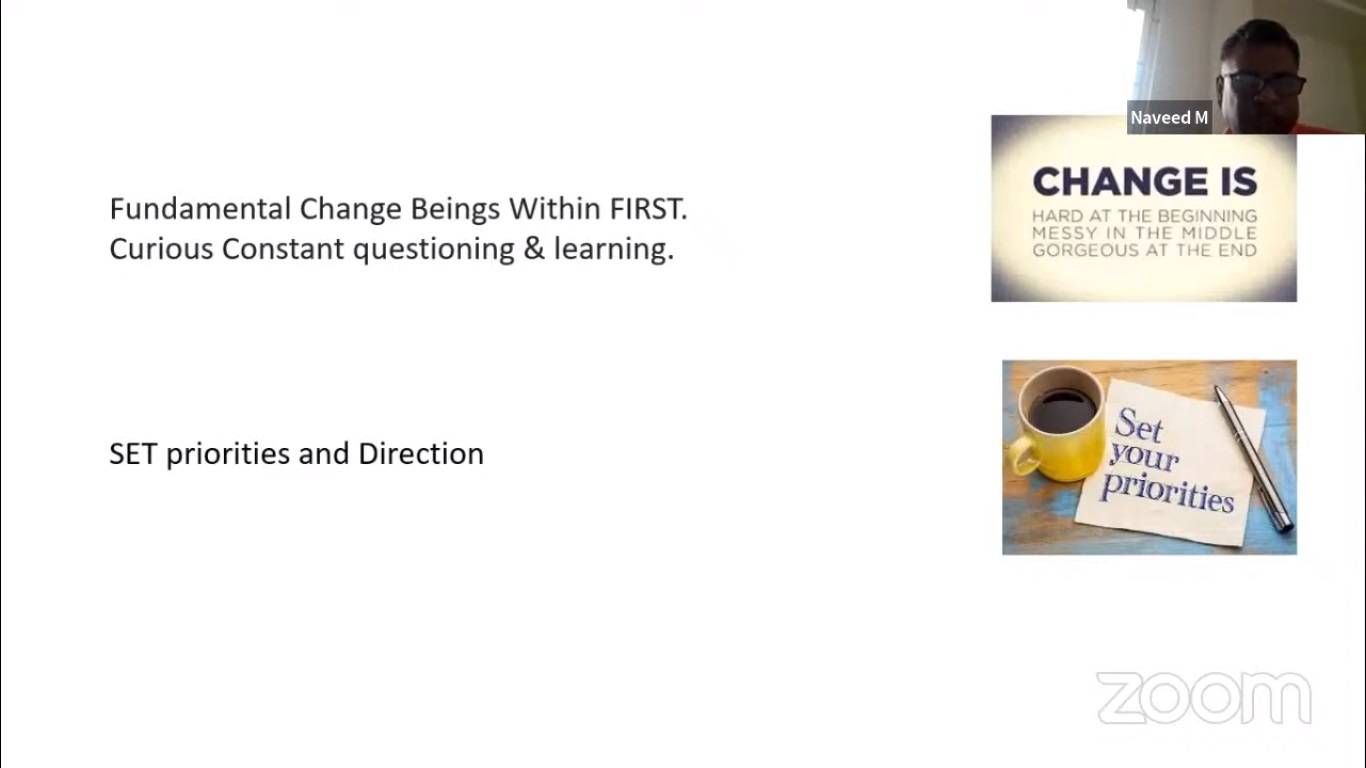